According to a Bankrate study, nearly 70% of American adults are trying to reduce their monthly spending, and saving isn’t the only reason. 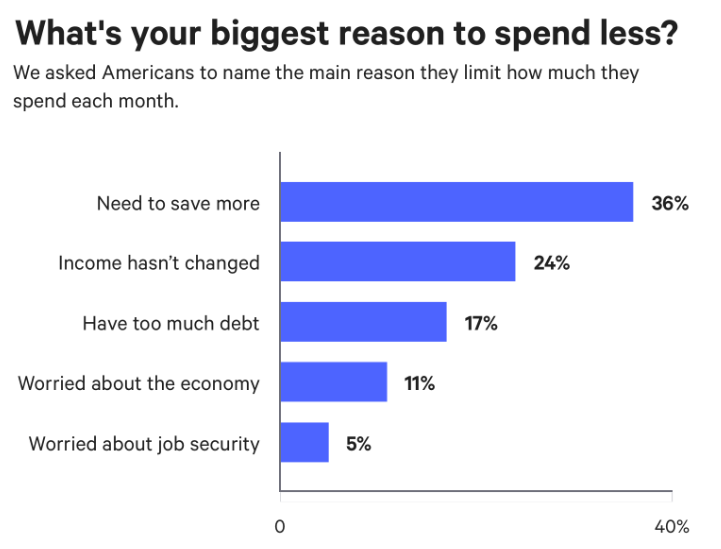 Bankrate reports that stagnant wages and growing debt burdens are more to blame for the intended spending reduction than the need to save. What are the long-term implications for our economy that is still driven by personal consumption? Furthermore, the need to save for both emergencies and retirement is still very much necessary. According to two recent studies, retirement readiness is lacking for a significant percentage of American workers.

With regard to stagnant wages, GOBankingRates found that American middle-class families are making less money in every state, but two (Indiana and Vermont) since 1999.  The study was inflation adjusted.